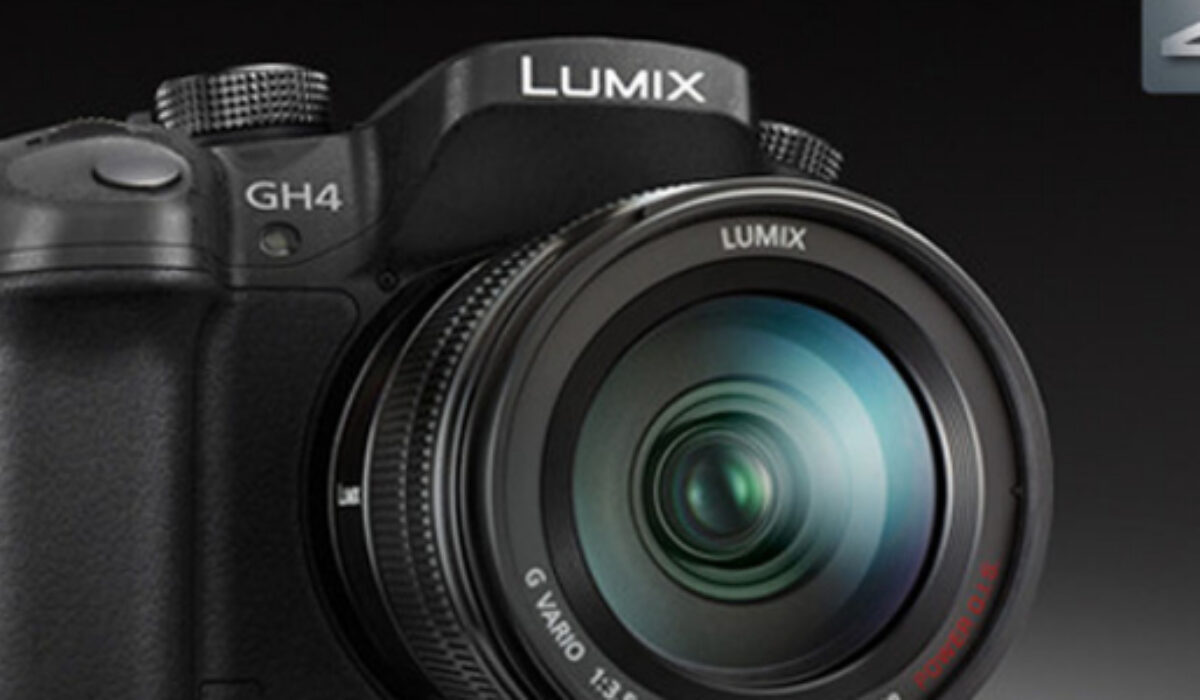 The term “game changer” is bandied around a little too much in relation to many new cameras, but as far as the Panasonic GH4 is concerned, it’s pretty well on the money. Firstly, Panasonic’s mirrorless ﬂagship is invading territory that was once the exclusive domain of D-SLRs, offering a more compact (but no less capable) alternative to the models popular with video makers. Secondly, it’s mounting an attack on the camcorder market by adopting all the video-related features that are standard on pro-level or semi- pro models, but haven’t been found on the still camera platforms to date. Thirdly, it’s the ﬁrst non- camcorder (or dedicated video camera) to offer 4K resolution video recording. While it’s early days for 4K video, it already looks very much like it’s destined to a lot more than a ﬂash-in-the-pan like 3D. Apart from the noticeable increase in the video image quality, a potentially signiﬁcant aspect of 4K video is that it’s possible to extract still images sized at a useful 8.3 megapixels. 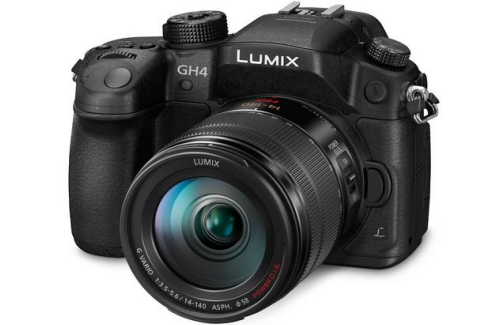 A ﬁrmware update for the Panasonic Lumix DMC-GH4 adds the new ‘4K Photo’ mode Panasonic has introduced on two subsequent Lumix models. Pressing the ‘Fn1’ button during recording tags a frame which can subsequently be extracted as a JPEG image with a resolution of 3840×2160 pixels. The GH3 hinted at the way Panasonic might be thinking in regard to a hybrid still/video camera, but the GH4 has gone a lot further than anybody expected. In fact, it almost demands reclassiﬁcation as a video camera that also happens to be a very accomplished still camera. Consequently, it goes beyond anything seen on a mirrorless camera to date and its closest rival in the D-SLR world is probably Canon’s EOS-1D C which, of course, is primarily designed as a video camera.

The Panasonic Lumix DMC-GH4 can record either Ultra HD video at 3840×2160 pixels and either 25 fps (PAL TV standard) or 24 fps; or Cinema 4K at 4096×2160 pixels and 24 fps (which actually is a true 24 fps). With IPB compression, the bit rate is an impressive 100 Mbps, delivering a huge amount of picture quality. Here there’s the choice of using the MOV or MP4 formats, but this is really just the start. For example, you can record at the Full HD resolution in either MOV or MP4 (at 50, 25 or 24 fps) with All-Intra compression, giving a massive bit rate of 200 Mbps. While the GH3 had a few pro- level video camera features such as time code support and a choice of frame rates for creating fast or slow motion HD footage, the GH4 has pretty much the full suite. These include a zebra pattern generator (indicates overexposed areas), master pedestal (sets the black level as a reference for subsequent brightness adjustments), ‘CineLike Gamma’ (two settings – Cine D and Cine V – giving different tonalities, a bit like color presets), color bars and a 1.0 kHz test tone (for benchmarking the color and sound respectively), and luminance level (sets tonal range, based on histogram brightness levels – i.e. 0-255).

The Panasonic Lumix DMC-GH4 offers a big choice of variable frame rates (VFR), ranging from just 2.0 fps up to 96 fps which, when recording at 24 fps, gives a quarter speed slow-mo. Time-lapse and stop motion animation modes are also available. Need we go on? Yet it’s also a highly accomplished still camera with some class-leading features such as continuous shooting at 12 fps, a new super-fast AF control system called ‘Depth From Defocus’ (or DFD) which actually grabs a couple of frames to determine focusing, and an OLED- type EVF with a resolution of 2.36 megadots. 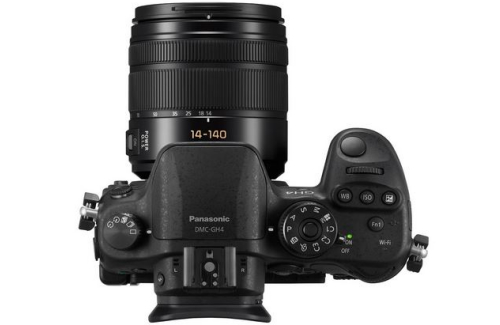 Whether you’re shooting video or stills, the Panasonic Lumix DMC-GH4 is a remarkable camera, but it does represent a subtle shift in emphasis so, while it’s more hybrid than anything we’ve seen before, it’s as a video camera that it really excels. Nothing else this compact – even with the optional DMW-YAGH Interface Unit attached (which adds industry-standard BNC and XLR connectors among other things) – or this affordable delivers quite so much in terms of both capabilities and performance. A game-changer indeed.