The iPhone camera is arguably the most used camera in the world, and with every device Apple releases, the camera just keeps getting better. The camera on the 6s is no exception, being bumped from an 8MP to a 12MP sensor. This gives you a little more detail in your snaps, and lets you zoom in further. In real terms, there’s not much diﬀerence in picture quality between the 6 and 6s cameras – the brightness and color reproduction are pretty similar. Under low light, though, the 6s camera is better. That’s impressive considering that with a higher number of pixels, low-light performance usually drops. The 6s also sports a better front-facing camera. If you take a lot of selﬁes, you’ll be pleased to hear that the 5MP sensor is a big improvement on the 1.2MP version used in the 6.

The front camera even includes a ﬂash, but this isn’t a normal ﬂash: the 6s uses the screen as a ﬂash. It’s very smart – it can enhance the brightness of the screen up to three times to provide a ﬂash. The phone even works out the color balance of your surroundings and provides the right level of white balance for the best photographic results. All the same options are present in the Camera app – HDR mode, ﬁlters, timer and ﬂash – and they’re all available to both the front- and rear-facing cameras. Then there’s the real draw of the new camera – the fact that you can record video in 4K. Yes! Finally, 4K video comes to the iPhone. And very good it is, too. 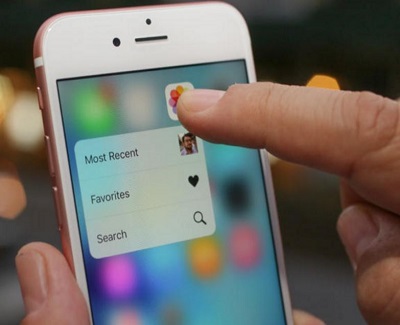 Cheap consumer cameras often blur ﬁne detail with heavy inter-frame compression, but 4K footage on the 6s is clean, sharp and stutter-free. If you do see any stuttering, it’s more likely to be caused by the device you’re watching the video on – relatively few computers have the graphics power needed to play 4K video smoothly. You might not see the need for 4K video now, but in the future, when 4K devices are everywhere, we reckon you’ll be glad of it.

A word of warning: think hard about getting a 16GB 6s if you want to shoot 4K video with your phone. Why? 4K video takes up almost three times the space of 1080p, so you’ll ﬁll up the phone’s 16GB memory in minutes. While the 4K video is impressive, Slo-mo mode is better still: 240fps footage played back at 30fps is smooth and detailed. 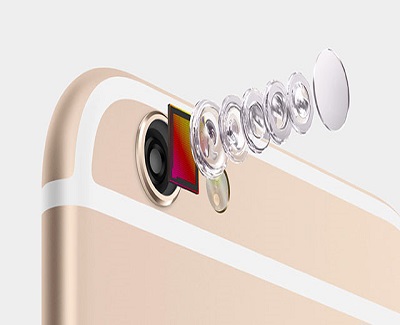 The iPhone has a neat playback trick where the ﬁrst couple of seconds of footage are played at normal speed, then it shifts into slo-mo. For the ﬁnal couple of seconds, it shifts back to normal speed. This gives a nice eﬀect, like a properly edited movie rather than a straight slow-motion clip. Finally, there’s Time Lapse mode. It’s fun but fairly limited. You capture a series of still images in real time, and the camera turns them into a movie. A stopwatch spins, ticking oﬀ markings around the dial (each one is another frame), until you tap the button to stop. You then see a sped-up movie comprised of individual frames.