Whenever new hardware is introduced there will surely be some negative things that may happen. Some of these things are almost negligible but some actually affects the end results very negatively. Take for instance the latest hardware found in Nikon DSLRs. It may have the latest hardware to boot but if coupled with the wrong accessories, you might find yourself in trouble.

The recent problem is with the error message. Then it was later discovered that it is not the cameras or its settings that causes the problem. The culprit was with cards. This is a similar problem that corrupts the last few images on SanDisk CFast cards with Canon’s 1DX Mark II, which the company already rectified. Fortunately Nikon has also released a firmware update to correct this glitch. The update rectifies the problems that create read errors on UHS-II SD cards in the D500.

It was reported that some UHS-II cards used with the D500 are rendering read errors. Some users even reported that upon inserting the card they automatically see an error message. One remedy for this problem was through popping the card out and reinserting it again. Some have seen good results while others did not really find anything good with it. 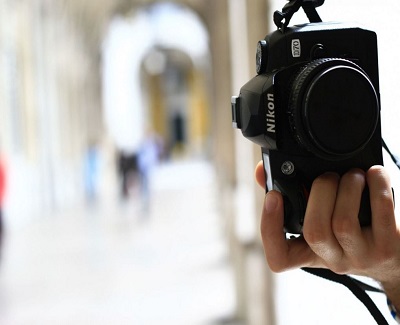 Nikon noted that the firmware update is a temporary fix. But unfortunately it may also not prevent the error at all. Also good to note, card manufacturer SanDisk is also aware of the problem related to UHS-II cards and hopefully both parties could find the right solution for the problem sooner.