The best camera, they say, is the one you have with you. Smartphones have cracked that, but they can’t match the ﬂexibility of a full-size camera. ‘Bridge’ cameras like this one sit between basic compacts (including phones) and professional cameras for people who don’t mind hauling a bag of stuﬀ around that cost more than their car. With a 24x zoom lens built in, the FZ330 can capture almost anything you point it at. And its optical image stabilization (OIS) can compensate for small accidental movements in any direction, so if you wobble while taking a picture it’ll still come out sharp. OIS is even more helpful with video. Because a hand-held camera is unsteady, it can produce a ‘shaky cam’ feel. OIS reduces this signiﬁcantly. The FZ330 can shoot at 4K resolution for more detail – though this does make video ﬁles huge and harder to edit. We’d stick to 1080p Full HD for now, and the FZ330 is good at that too, although there are no fancy features like slow motion.

For stills, the FZ330 can shoot raw images, storing what’s captured by its image sensor (the chip that takes the picture) without any processing. When you open the image in raw compatible software on your PC, you can adjust things like exposure and white balance (how warm or cold the light is) without losing any quality. This is good for photo enthusiasts, but everyone else can just shoot JPEGs. You can transfer ﬁles and even control the camera via Wi-Fi. The LCD touchscreen makes it easy to frame your photos and use the various options, or you can simply press your eye against the view ﬁnder. There are plenty of buttons and dials if you like to use manual settings, but if not, you can leave everything on automatic. Flash is built in, and there’s amount for a video light or other accessories. 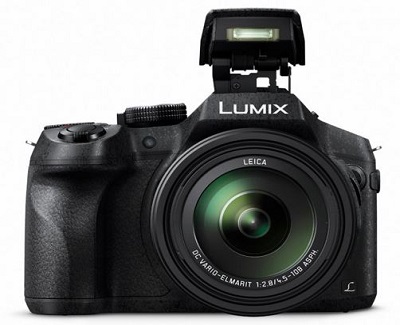 The rechargeable battery is rated to last 380 photos–not generous but adequate. Speed, on the other hand is more than adequate: you can shoot 12.5 pictures per second, or 7.2 with autofocus. When you’re taking one photo at a time, the camera autofocuses in 0.2 seconds and is ready for the next shot in 0.3. The best feature of the FZ330 is its lens, which has a constant f/2.8 aperture. Here’s what that means. Aperture dictates how much light the lens can let in. It’s given as a ratio of focal length, ‘f’. The lower the number, the better. Shooting with a ‘wide open’ aperture gives you shallow depth of ﬁeld, so you can get one object in focus while the foreground or background is blurred. If you need everything in focus, you can choose a higher ‘f’ number. The FZ330’s maximum of f/2.8 qualiﬁes as a ‘fast’ aperture, beating the lenses supplied with most aﬀordable cameras. And, unusually, that speed doesn’t fall as you zoom in. 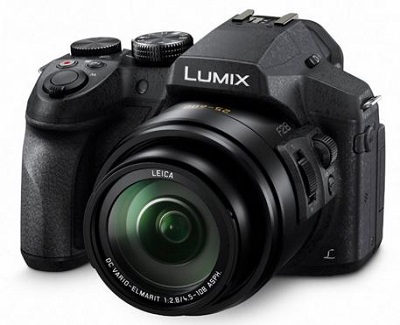 That’s good news for sports and wildlife photographers. Not only can you bring the action closer, but you can also take a picture with a very short exposure to ‘freeze’ the action. There’s also a ‘macro’ mode that lets you focus as close as 1cm with a wide shot or one meter when fully zoomed, so a small object can ﬁll the frame. This also applies to video. 12 megapixels (4000×3000) may not sound a lot, but you’ll never need more unless you want to crop into part of a photo, which shouldn’t be necessary when you have a big zoom. Even if you just point and shoot, the FZ330 can do far more than your phone. There’s lots of potential when you want to get creative.