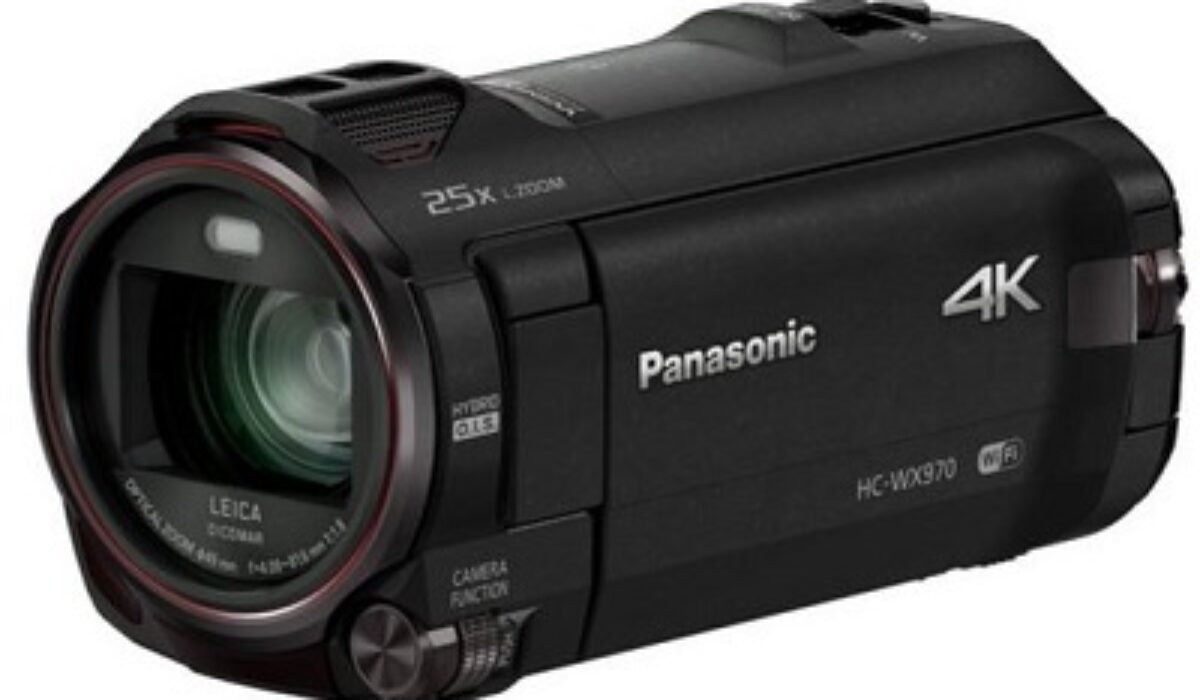 You could be forgiven for thinking 4K was just the latest way to sell us all an expensive new phone. Do we really need four times as many pixels as HD? In short, no. But when you watch old pre-HD recordings, be honest: they do look a bit fuzzy now. The more detail you can capture, the more future proof your home videos will be. And 4K has a new beneﬁt: the resolution is so high (eight megapixels to be precise) that a single frame is as sharp as a high-quality photo. 4K camcorders like the WX970 help you take advantage of that. You are paying extra for 4K, but you’re getting it in a compact unit with lots of features that make it easy to use. Even professional ﬁlm-makers will envy its lightweight and built-in stabilization, which lets you point it anywhere and get a steady shot.

The 20x optical zoom means you can get much closer and retain the same image quality. The Leica lens has a fast f/1.8 aperture (falling to f/3.6 as you zoom in), which in plain English means it gathers lots of light. Combined with useful manual options, the lens gives you real control over depth of ﬁeld, if you want to get artistic. If you just want to point and shoot, the WX970 does that too. At any time, you can hit the separate camera button to take a still shot.

That gives you two ways to preserve your memories, but the Panasonic HC-WX970 doesn’t stop there. On the edge of the ﬂip-out LCD screen is a miniature camera. You can adjust this to point at yourself or something else, and record it at the same time. The second image appears in the corner of your frame. It feels rather odd, but we do like the idea of getting two viewpoints simultaneously. Consumer cameras don’t cope well with very bright and very dark areas in the same scene. They deal with this by over-exposing, meaning the lightest areas get ‘blown out’. That’s why the sky in home videos is often white.

The WX970’s HDR option brings some detail back to highlights and shadows, without making things look artiﬁcial. It does this by reducing the resolution from 4K to Full HD. The same trick is used to get4x slow-motion recording (120 frames per second), or 8x with some digital enhancement. There’s no viewﬁnder, but the LCD is reasonably clear. You can also control the camera over Wi-Fi using a mobile app; there’s a delay between what you see and what’s recording, but it’s a useful option. Moving to 4K at this early stage in the life of the technology does bring some problems. You can play back 4K recordings straight from the camera’s micro HDMI port to an HDTV or monitor, even if it doesn’t support 4K. But just one hour of video will ﬁll a 32GB SD card. For long-term storage, consider buying a 4TB external hard drive for about $100+ – that’s 124 hours. 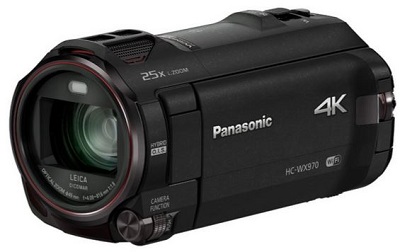 Editing is another area of concern. Some consumer software doesn’t handle 4K yet, and even if it can, your PC may struggle. So you might ﬁrst have to make a copy of your footage at reduced resolution. Alternatively, you can opt to record in Full HD (1080p) to produce much smaller ﬁles. Although the video modes oﬀered by cameras with interchangeable lens oﬀer more creative potential, you can’t beat a camcorder for simple, ﬂexible shooting. The Panasonic HC-WX970 will last you a good while, and let you create home movies that will look sharp and feel fresh long into the future. It’s overpriced, however, compared with the VX870, which lacks the secondary camera but deserves serious consideration.